The tyranny of the majority used to be a big problem in the world. Now we are faced with the tyranny of minorities. LGBT , feminists and blacks. To be sure, there is still unfair treatment of these groups of people in the world. Especially when it comes to countries such as Russia and Belarus. Nevertheless, hypertolerance is already beyond the boundaries of adequacy. This is especially painful for art. In this article I will talk about 5 cases of inadequate political correctness.

Red Bradbury said the following in a 1996 interview:

Fear both the majority and the minority. The former forces you to follow a routine, while the latter, for example, ask me to write more about women’s rights or add more blacks to books. My answer to them is the same – go to hell with everyone who tries to tell me what to do and write.

In cinematography and even in computer games, minorities are putting creators in a box, thus oppressing the creators’ right to free creativity. It’s like the opposite of censorship. If earlier it was forbidden to show a homosexual couple on TV, now any Hollywood film without blacks is considered a manifestation of racism. Even if it is contrary to common sense.

For example, the popular TV series Chernobyl was recently accused of racism for not having a single black actor. Nobody thinks about the fact that in the USSR this skin color was NOT THE MOST common? Why, Bollywood is not accused of the fact that in their films only Indians and not one white-skinned? Why are there only Koreans in Korean films? Does it smell like racism? In this computer game, the events unfold during the Second World War. Along with white-skinned, the heroes of the war represent a black, Asian and a woman without an arm, who knocks down a hundred-kilogram hulks with one blow. That is, political correctness will now require rewriting history so that no one is offended?

The creators of this Netflix series had a hard time picking the cast. Despite the fact that the events of the series take place in medieval Poland, and it seems obvious that all the actors must be of Slavic appearance, everything turned out to be not so simple. From the point of view of political correctness, a black, Asian or ethnic minority was sought for the role of Ciri. Despite the fact that in the book Ciri is a blue-eyed, white-skinned blonde.

Fortunately, common sense prevailed, and the creators limited themselves to only black elves as minor characters. But for some reason it seems to me that the fighters for the rights were still dissatisfied.

In February, a scandal erupted over a black sweater for the winter collection of Gucci 2019. The black turtleneck was considered signs of racism, since the red lips and black throat covering half of the face reminded many of the blackface – theatrical make-up that was once used to depict blacks. As a result, the brand had to make a public apology and withdraw the product from sales.

The initiative was supported by the famous rapper 50 CENT . He posted a video on his Instagram of him burning a Gucci T-shirt. He also announced that he was going to get rid of all the things of this brand.

If the T-shirt was white, would whites shout about their rights? And what is offensive about theatrical makeup? The idea is that brands need, in principle, to abandon the release of black items? After all, the first thing that comes to mind for an adequate person who buys black trousers is an unbearable desire to humiliate black people? Does it turn out like this? The famous 2016 Oscar was also accused of racism. When no blacks were nominated. As a result, the following year, three African-Americans received Oscars at once, overtaking the long-recognized, brilliant actors like Robert Downey Jr. and Johnny Depp.

What a giveaway game?

The sensational revolution of 2020. The local pickpocket was turned into a national hero, and protests began around the world. In the States, it came to looting, arson and even murder. And all this during the coronavirus epidemic, when in principle it was impossible to leave the house. This led to the fact that at the moment every day there is plus one hundred thousand new cases of coronavirus infection. Which, in turn, takes away even more lives. In the case of games and movies, in the modern world it is no longer possible to create a product of art that would do without a black, gay or strong woman. And better all at once. But, at the same time, one has only to shoot a film without the participation of minorities, as soon as you fall under discrimination. And if I, being an acceptable director, would like to create a movie about a white heterosexual family with a certain amount of patriarchy, I cannot do that. Such a film would have immediately drew criticism. Isn’t this called discrimination? There is no smell of free will here.

All minorities are given the same rights. The division into friend / foe was and is. This is normal. Just do not need to blame everyone for your failures in life, but not yourself. Today it is most unprofitable to be a white heterosexual man, and God forbid, also rich. They will be accused of everything they can. And a little more about the absurdity of this movement. Okay, the British took Africans to the New World and they were in slavery for a long time. (history is silent about the huge quantities of the same Irish exported, and the Irish do not shout about it at every step. The fact that they did not differ in skin color from the British does not mean that their people were not infringed upon).

Jews were massacred during the Second World War. They do not shout about their rights. They built their own state – they need to prove something to hell. They are fine.

The same Indians were a British colony. They also do not shout about discrimination against Indians for some reason.

England made it possible for all its former colonies to freely enter their territory. On the other hand, Belarusians, who suffered more than any other country during the Second World War (every third Belarusian died or died). For us, Germany did not give any concessions, at least in the visa regime. And we also do not shout about discrimination and fascism.

The Japanese have happily forgotten about the terrible tragedy of Hiroshima and Nagasaki.

I, like any of you, dear readers, know a lot of successful black people. Rich, interesting, amazing. Everyone has equal opportunities. Black is not an offense, it is a skin color. Maybe you should think for a moment that it’s not about skin color and gender? Maybe someone is just trying to assert themselves at the expense of political correctness. Honestly, the way minorities defend their rights is somehow worthy of respect. But maybe it’s still worth trying to keep a little bit of adequacy? Because the modern world turns into a joke for people with a bad sense of humor. But I love black humor, just do not accuse me of racism. 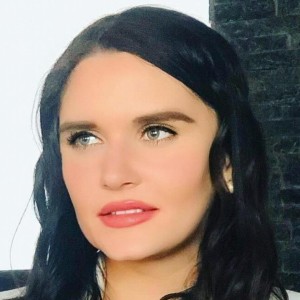 I am Sasha Firs! Welcome to our personal blog. First of all, here you will find articles on psychology, internal (meditation, education) and external (nutrition, self-care) self-development and social issues. We will also write in a separate section about ecology and eco-lifestyle.

How To Defend Your Personal Boundaries Feminism In The Modern World – A Fight For Women’s Rights Or Men’s Rights? History of the Brand PINKO. What does the Two Swallows Logo mean?